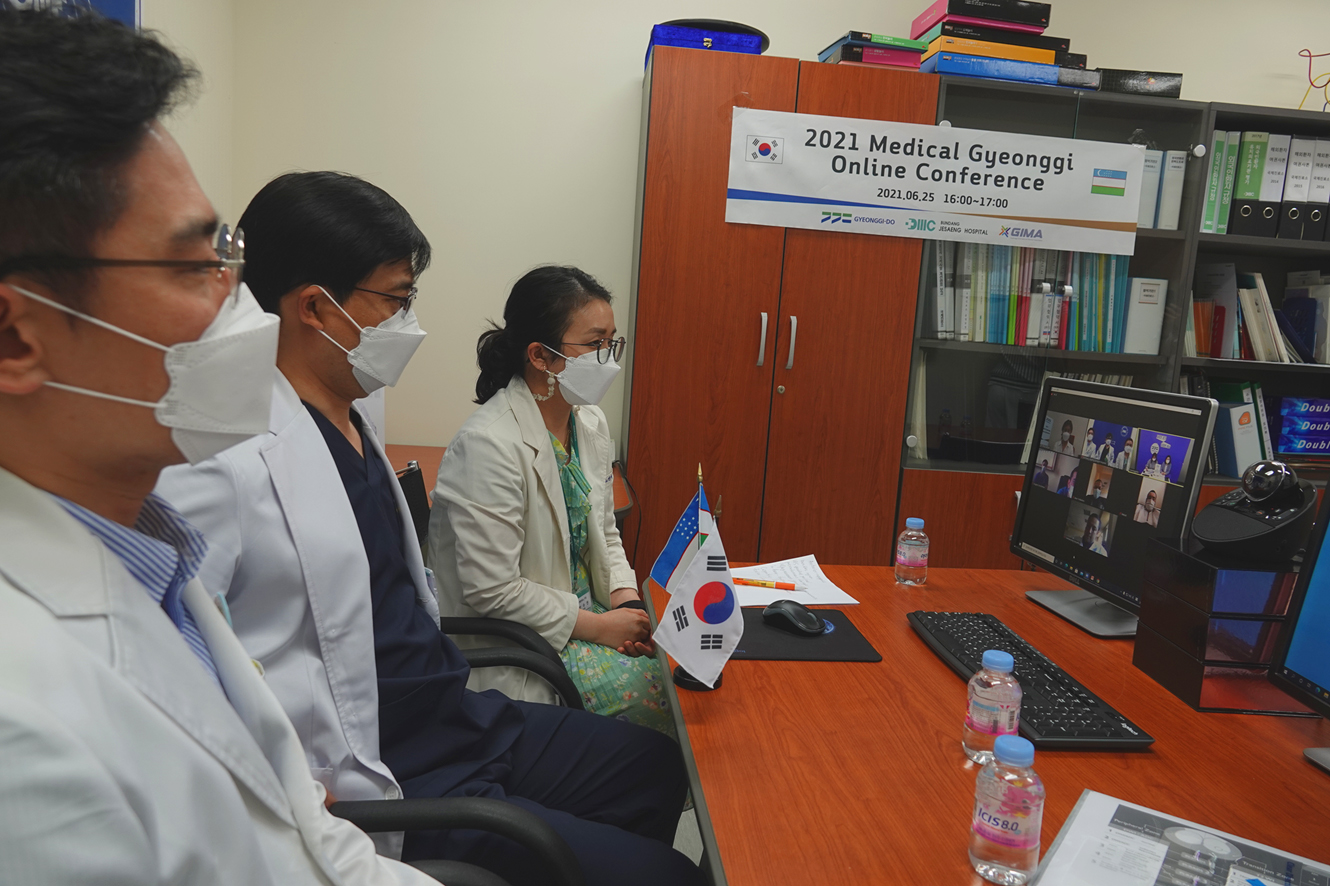 Gyeonggi-do will host the “2021 Medical Korea Gyeonggi Online Conference” from June to October to ensure continuous academic exchanges and greater personal networks among the alumni of the Medical Korea Gyeonggi Training program and the Gyeonggi-do medical institutions that have participated in the program. As it is difficult to invite in-person foreign medical staff due to COVID-19, the conference aims to provide an opportunity to engage them online.

Five medical staff from the Tashkent Medical Academy of Uzbekistan, including Tukhtamishev Muzaffar from the urology department, participated in the Bundang Jesaeng General Hospital Conference, which took place on on June 25, 2021. They had previously visited Gyeonggi-do in 2017.

During the online conference, the participants will share their achievements since completing the training program and discuss recent healthcare and medical issues in their fields.

Since 2011, Gyeonggi-do has invited 636 foreign medical staff to share Korea’s excellent medical technology with training programs at medical institutions within Gyeonggi-do, such as the advanced medical technology clinical training program. Upon returning to their own countries after participating in the program, the alumni have not only become leaders in the health promotion of the people of their countries but also serve as the medical ambassadors of Gyeonggi-do to provide a foundation for the Gyeonggi medical industry to enter the foreign market.