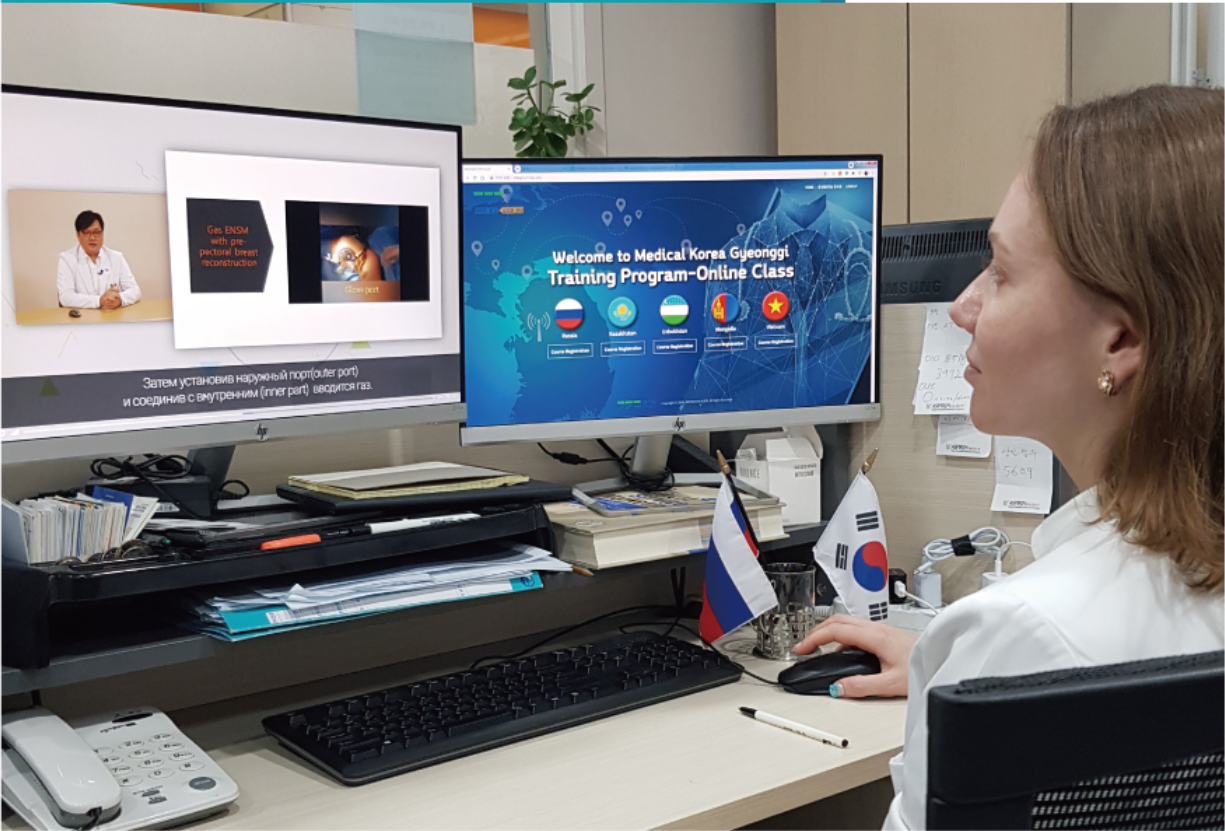 Since 2010, Gyeonggi Province in Korea has signed MOUs on cooperation in health care and medicine with 25 local governments in 12 countries in Europe, Central Asia, East Asia, and Africa. Based on these agreements, Gyeonggi Province has held an annual international academic conference to share health care policies between governments and exchange advanced medical technology and information. In addition, the province has spared no support for cooperative projects in the health care field and private medical cooperation. In particular, as a follow-up project following the signing of MOUs between Gyeonggi Province and foreign local governments, advanced medical institutions in the province have provided overseas medical personnel who have been invited to the province with clinical training and hospital management programs. About 600 overseas medical practitioners have completed the programs to date.

For the past 10 years, Gyeonggi Province's training program has been evaluated as a successful international medical cooperation project, building close networks and promoting active exchanges between Korean and overseas medical personnel and institutions. In particular, the training program has been continuously evolving by accepting feedback from overseas government-recommended medical professionals who have experienced the outstanding technology and system of medical institutions in Gyeonggi Province.

Despite the challenge of the COVID-19 pandemic last year, overseas medical personnel's interest in and demand for Gyeonggi Province's training program did not decline. In response, the province provided the training online after having consultations with medical institutions in the region while it had previously been held exclusively offline. The curriculum for the training was supplemented with lectures related to infectious disease response in Gyeonggi Province to keep up with the current pandemic situation. The lectures were provided by the highest authorities in various clinical fields. As a result, the training received a positive reaction in terms of the flexibility of online training and the extension of interest in various fields beyond disciplines, producing a total of 46 online trainees.

After reflecting on last year's feedback for the online training, this year, in particular, is planned to provide more surgical videos to allow trainees to indirectly experience advanced surgical skills. To this end, the program has been improved with professional planning involving advanced medical personnel and institutions, and a reinforced line-up of instructors. In addition, high-quality lecture videos have been created for the online training program. Currently, the program consists of lectures in neurosurgery, orthopedics, urology, thoracic surgery, breast surgery, gynecology, surgery, and infectious medicine. The online training will be held sequentially in Mongolia, Novosibirsk and Khabarovsk in Russia, and Uzbekistan, starting from May 24, 2021.