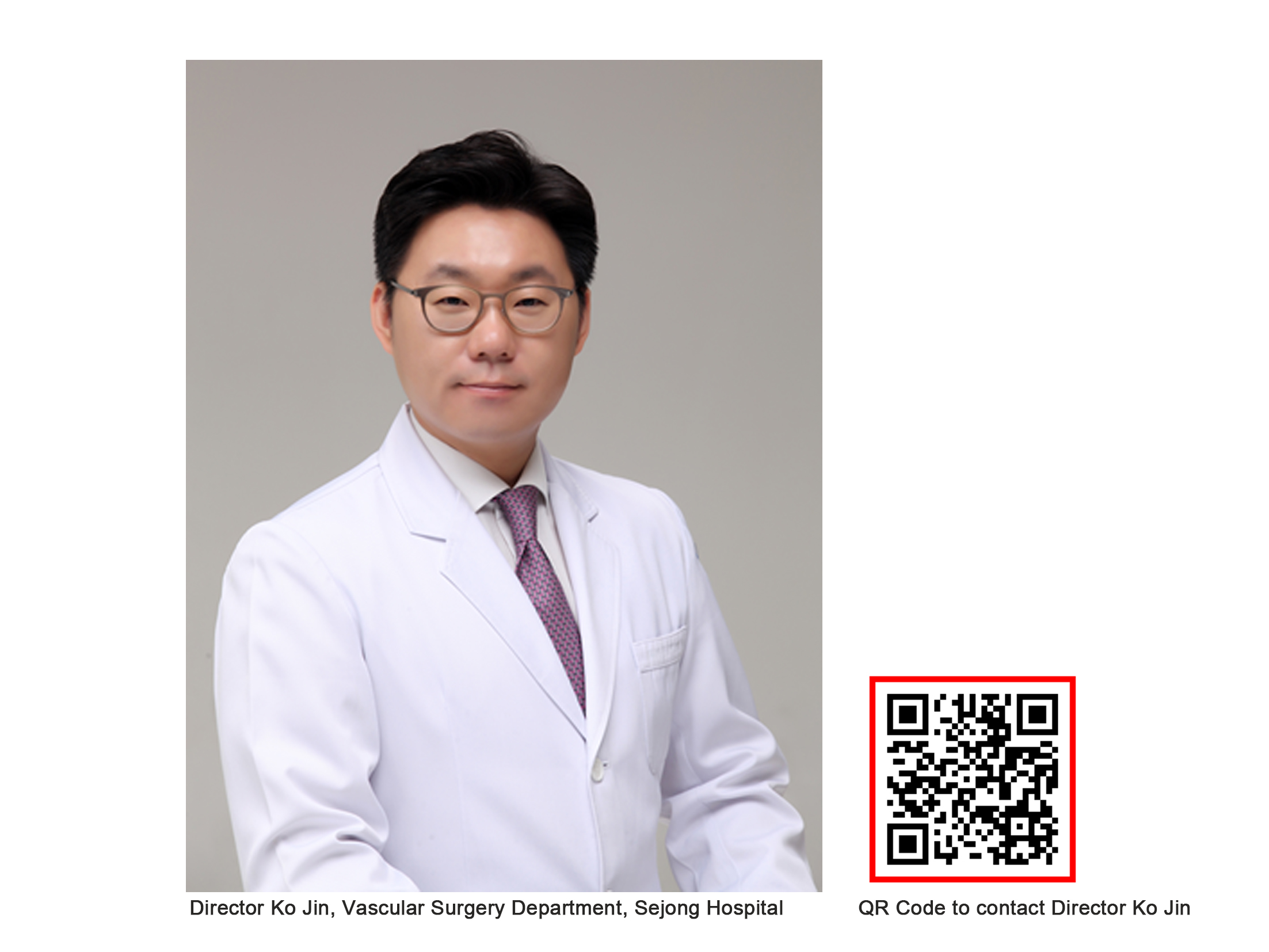 director Ko Jin of the Vascular Surgery Department of Mediplex Sejong Hospital (Photo) has received an award of excellence for his presentation on Asia’s first laparoscopic vascular surgery at the 6th Asian Congress of Robotic and Laparoscopic Surgery (ACRLS).

With an increasing global trend of high-calorie diets, obesity, diabetes, high blood pressure, and hyperlipidemia, the number of arteriosclerosis patients is also on the rise. Arteriosclerosis can appear in all parts of the body, but is most common in the abdominal and leg arteries. When arteriosclerosis is in the leg arteries, walking becomes difficult due to leg pain, walking speed is slowed, and other symptoms are experienced.

A male patient in his fifties whose arteries to the leg were blocked due to arteriosclerosis visited the hospital for an operation. Director Ko successfully conducted a laparoscopic vascular reconstructive surgery with a laparoscopic port of only 1cm in length. The patient claimed that extreme leg pain made it difficult for him to walk for even 100 meters. He also suffered from a blockage due to arteriosclerosis at the iliac artery. When treating the disease with traditional surgical procedures, there must be an abdominal incision of at least 40cm in length, which causes extreme pain and requires the patient to be hospitalized for a long period of time. Interventional procedures include inserting a stent, which requires patients to take antiplatelet drugs such as aspirin for the rest of their lives. There is a high risk of bleeding in the long-term, and also high risk of the arteries to be blocked again. Laparoscopic vascular surgeries, on the other hand, only require a small incision of about 1cm, and minimize the use of antiplatelet drugs as the surgery is focused on preserving the arteries, which also minimizes complications.

With smaller scars, it is possible to reduce the amount of pain and preserve organs

A female patient in her forties had a retroperitoneal tumor of over 2cm in length, which was suspected to may be malignant cancer. The tumor was located on the veins of the left kidney. With traditional surgical procedures, the patient would have needed to go through a major surgery with an abdominal incision of 40cm to 50cm. However, with the abdominal vascular surgical procedure, it was possible to remove the suspicious malignant cancer as a whole with only a partial resection of the kidney vein. After taking a biopsy, the tumor was tested negative, and so it was possible to safely finish off the surgery. Again, it was possible to conduct the surgery with four incisions of 1cm in length each, and the patient left the hospital within a week after the surgery and returned to her everyday life.